How does acupuncture treat depression? 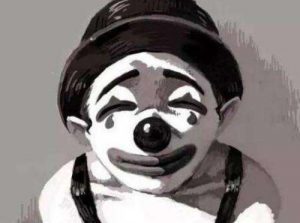 Depression is a type of affective disorder characterized by depression. It mainly includes major depression, persistent depression, and seasonal depression. Their common symptoms are: long-lasting depression and this emotion is obviously beyond the necessary limit, lack of self-confidence, avoiding the crowd, and even a sense of guilt, feeling a significant decrease in body energy, slowing down the sense of time, and being unable to Experience happiness in any activity. Such disorders can also cause physical dysfunction of the patient, such as sleep disturbance, excessive or decreased appetite, and pain.

Western medicine believes that depression may be related to norepinephrine, dopamine, serotonin, psychological factors, and genetic factors. But acupuncture theory believes that depression is caused by the dysfunction of the viscera and the loss of energy balance. Just as the gutter is blocked leads to a damp and moldy house, if the gutter is used blindly without dredging the gutter, or use mildewcide only, the dampness and moldy will not be fundamentally solved.

Acupuncture treatment of depression is mainly through acupoint stimulation to unblock the blocked energy and restore the energy to a balanced state, so as to achieve the purpose of treatment.