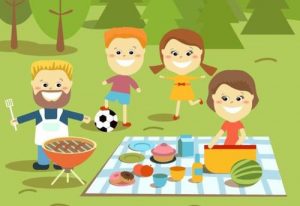 Tourette’s syndrome is a syndrome characterized by multiple involuntary TSs, language, or behavior disorders. It usually occurs between 3 and 15 years of age. With changes in the living environment and the intensification of social changes, the incidence of childhood TSs has shown a continuous increase, especially in urban children. According to different clinical manifestations, TS is usually divided into motor TS and vocal TS.

Such children may involuntarily move, including twitching, blinking, pouting, making faces, distorting their faces, shrugging their shoulders, shaking their heads, and shaking their heads; and making involuntary noises, including clearing their throats, yelling, or making strange sounds. About 50% of patients are accompanied by attention deficit-hyperactivity disorder(ADHD).

Although the medical field has studied TS for many years, it has not yet revealed a clear cause of the disease, and this is the main reason that makes TS difficult to treat. Traditional Chinese medicine believes that TS disorder is mainly caused by a combination of infection, genetics, spirituality, family, society, diet, and other factors that lead to an imbalance of yin and yang in the body and metabolic disorders. The treatment is mainly to restore the body’s energy and metabolic balance through acupuncture and herbal medicine, so as to achieve the purpose of eliminating symptoms.

Early treatment of TS is very important, and parents and guardians should give them a warm living environment with a sense of security and love, and give them psychological health care. Eat a balanced diet and avoid foods containing additives.